So another September 29th rolls around. The date that always gives me pause when I hear it mentioned by someone in the news, or a school event announcement, or any other place that sets the date for any event.

I always get excited because my mom, my husband, and now my daughter has made me feel special on the day. And now I have Facebook friends that send me well-wishes. It’s so nice to have friends and family from wayyyyyyyyyy back and those from the present to send me happy notes.

I’m thankful that God chose me to be born and that He has brought me to this point.

Here’s to many more Happy Birthdays, especially if September 29th is your big day, too…Hoping to at least make it to 100! 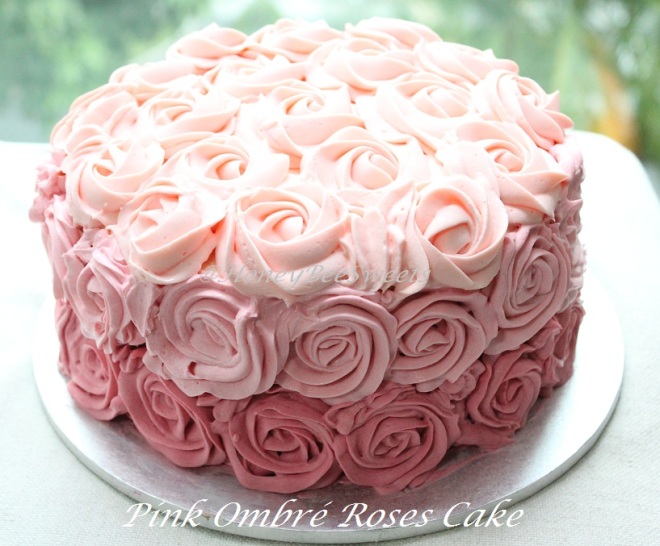 The ultimate dream birthday cake with lots of pink rosettes!

Every year I look forward to getting a call from Mom and Dad singing the Happy Birthday song in 2-part harmony.  This year I’m going to record them and save it forever!

Meanwhile, here are a couple of favorites for your listening pleasure…

Happy Birthday–sung by the Beatles. 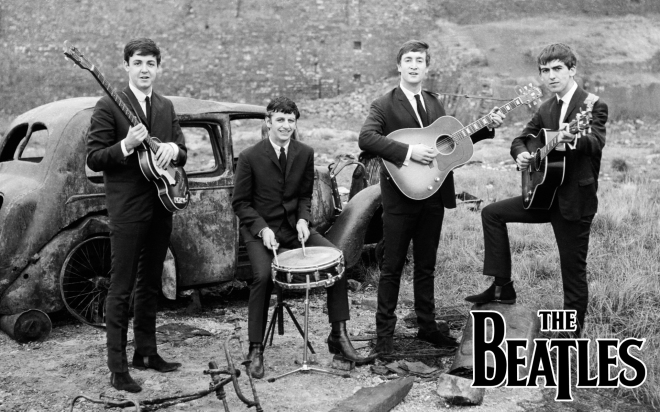 Happy Birthday from my favorite band of all time! 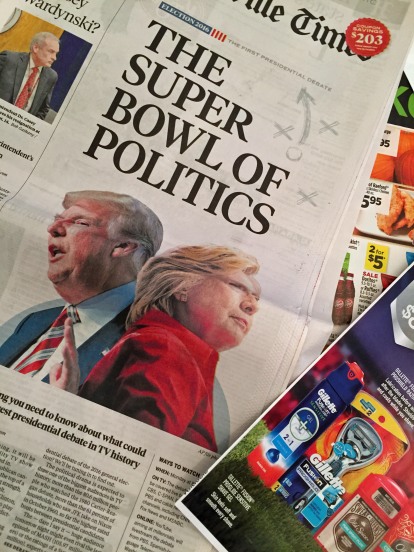 What on earth is Hofstra and what does it have to do with tonight’s debate?

I didn’t know, either, until 20 minutes before I hit Google. It sounded like something having to do with the mob.

But no worries, your ol’ buddy Steph has done the research leg work for you.

Hofstra University is a small, private uni where the presidential debates will be held tonight. Located in Hempstead, NY (pop 750,000+ according to Google Maps), the school lies near the southwestern corner of Long Island.

For those (like me) who live mostly in the south and want to know about their football program…I’m sorry to say that it is no longer in existence.

Yep, the NY Times says that the Hofstra Pride team was called into an “urgent” meeting in 2009 where the lions were informed that Hofstra would be dropping its 72-year-old football program because of disinterest (whah?!?!!!) and lack of funding. And there you go. Just like that. They should have hired Nick Saban, and that would have n-e-v-e-r happened. 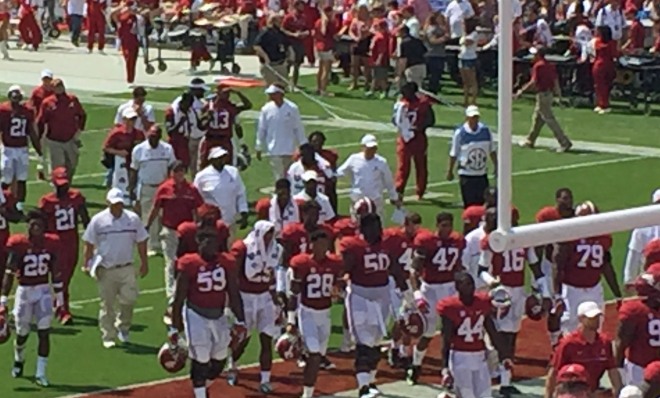 What? No football team?!?

And back to tonight’s debate…

As I promised from day 1, I won’t go into my impassioned personal politics to avoid polarizing you, my beloved Readers.

Also, I try to go by the song, “God Make Us Instruments of Your Peace.”

I’ll just say: Keep it peaceful, everyone, and be sure to bring the popcorn and (lots of) chocolate while you watch the debates. It’s going to be one for the books.

Spike and Snuggles could not care less about the debate. 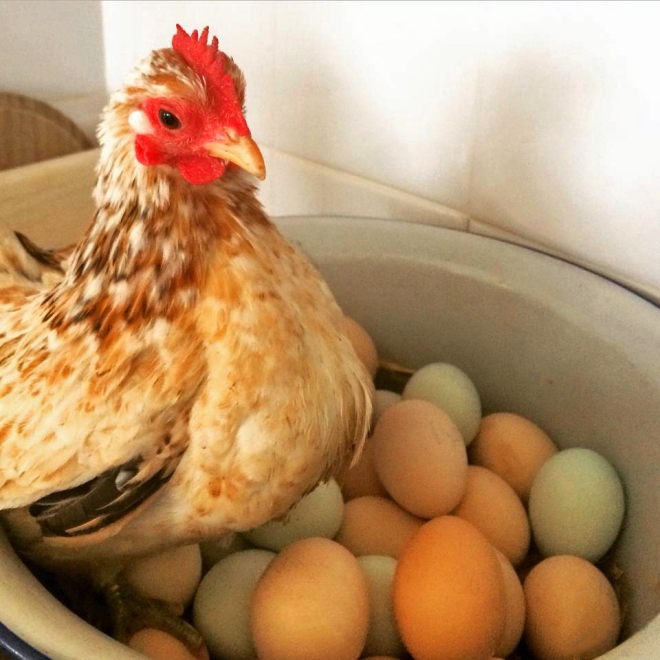 Whatever you do, don’t kiss your chickens. Yes, I said chickens!

I was trying to read up on those creepy clowns that Princess Buttercup and her buds keep talking about (mostly an exaggerated stories that are best kept for telling around the campfire), when I ran across a more sinister article in al.com about illnesses from kissing and cuddling pet poulets.

I don’t know about the rest of you, but the studies show that more and more families are housing coops in their backyards. 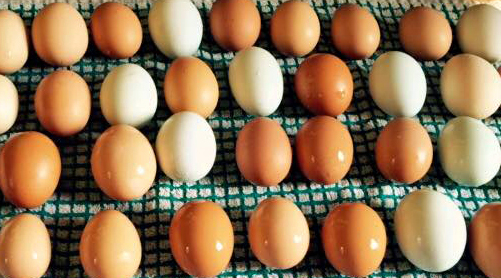 The CDC report says, “The first multistate outbreak where the association with backyard flocks was recognized occurred in 2007. Since that time, the popularity of backyard flocks has increased substantially,”

Whether the chickens for fresh eggs, homeschool hands-on learning, or just because they’re cute, the CDC is warning against loving on your feathery friends.

The CDC site goes on to say that many of the live poultry–associated salmonellosis (LPAS) come from adults and children who keep chickens in their houses or their bedrooms and from the human moms, dads, sisters/brothers kissing and cuddling them. (Bleh!)

So if you don’t want to catch a nasty case of LPAS, no more kissing your feathery friends. And as Momma always says, “Get those chickens out of your room!”

Thank you to Ben W for the photography!

I decided that I needed a desk calendar in addition to the calendar on my phone. It’s just so much easier for me to see what’s going on and to be able to quickly write down an appointment date without fumbling with texting in the appointment name on my phone.

The fact that it was boring made it even better.  Yay!!!!! Craft time! 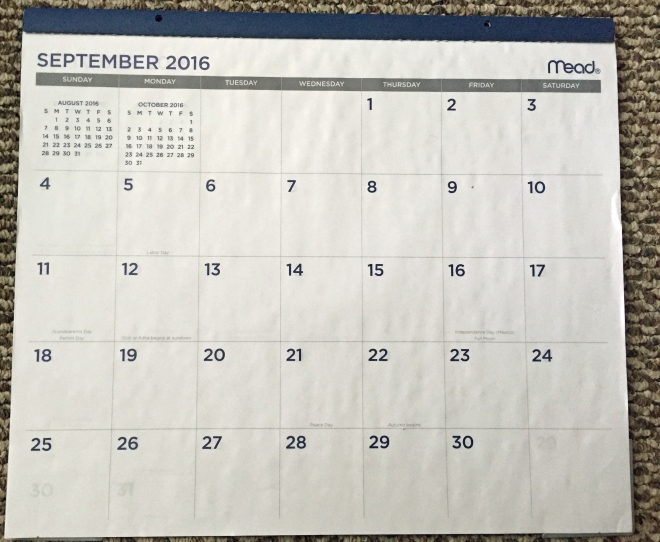 Blue, white, and gray. With mostly a lot of white negative space.

So what should I do with the top? Acrylic paint it? Be-ribbon it?

Bling it on, baby! 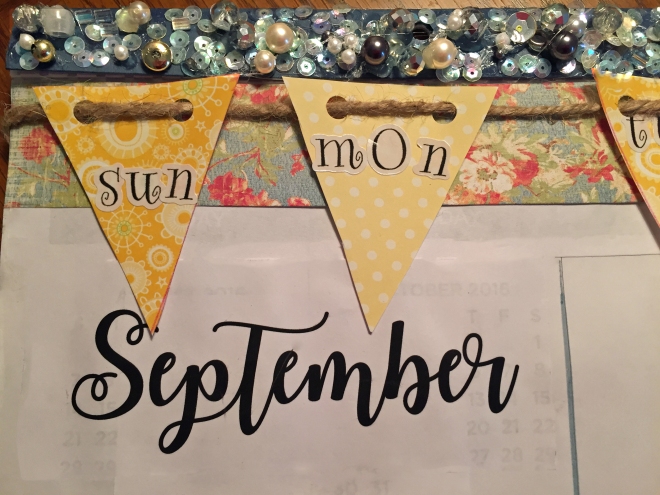 I tore apart a dated bracelet and a necklace that had gotten twisted up beyond repair. 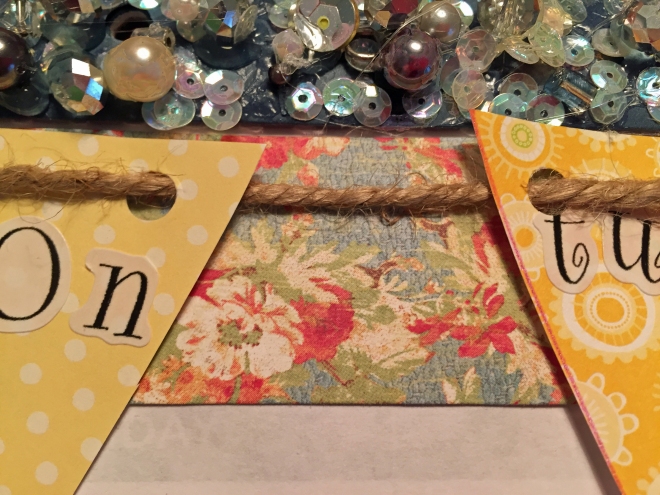 I hot-glued the beads/sequins and simply taped the bunting string around the back of the calendar.

I did all of this yesterday, fully intending to post when I was done. But time got away from me, and I had to go pick up Princess Buttercup from school.

In other news today…

My friend Kim texted me that there was an estate sale given by Seven Sisters. I got there late but scored big with the vintage linens and wall paper. $10 for everything! More on what I’ll do with it next week.  I’ll also let you guys in on the next Seven Sisters sale. Stay tuned!